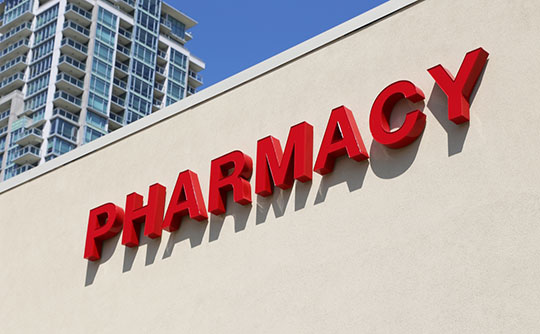 In recent years there has been an explosion in the number of free standing Drug Stores or pharmacies. They have muscled into spots previously reserved for the fast food industry, paying large sums for land to occupy a premium spot. It could be said that these stores have become the convenience store for drugs, as many also have drive-through windows while being located on high traffic corners. In some cases there will be two and even three at a four corner intersection. Consequently the cost of the typical Drug Store has increased substantially in recent years.

The larger chains including, Walgreens, CVS and Rite Aid, have dominated this expansion. They have learned that they can sell all types of household items previously unavailable in most Drug Stores, while benefiting from the high margins on prescription drugs. The rents on these properties have increased substantially over and above those of the small local Pharmacy, which mostly stuck to drugs and medical supplies.

Valuing Drug Stores has become more challenging, as these properties have in some cases taken over some of the most valuable land in town. They are hybrids of sorts, having qualities of the Pharmacy, convenience stores and even general merchandise stores.

ELLIOTT® has the ability to evaluate any Drug Store anywhere in the United States with its national panel of commercial appraisers. We understand the market for Drug Stores particularly, as it relates to the recent trend to higher profile properties.